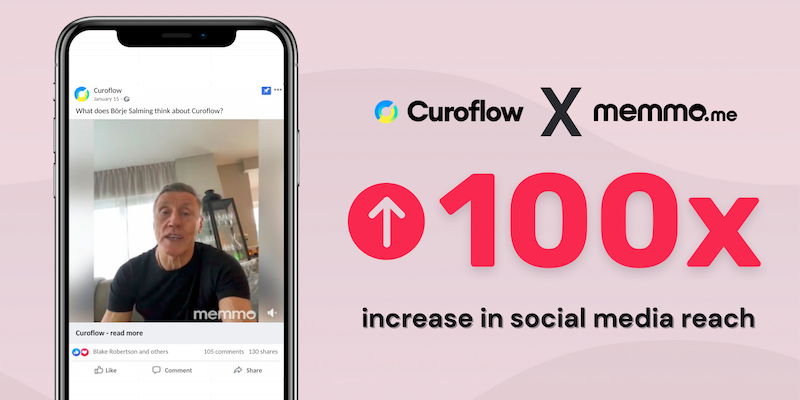 In today’s social media landscape, the combination of reach & impact is a utopia that most businesses don’t have the blueprint for, or simply can’t afford. You would either have to spend large sums to buy your way to the reach you’re aiming for (most likely with decreasing return per dollar spent), or come up with the marketing idea of a lifetime for the campaign to grow organically.

Now there’s a quick and cost-effective solution; on-demand celebrity endorsements which have proven to be one of few strategies taking you closer to this utopia.

Swedish medtech company Curoflow had, of its pure nature of being a B2B company operating in the healthcare industry, challenges being relevant in social media feeds. They decided to make a move and try something different, and landed in a collaboration with Swedish NHL Hall of Fame player Börje Salming.

The idea was simple: have Mr. Salming say what their sales staff historically had been saying themselves in order to stand out and not just be another company promoting their amazing products. 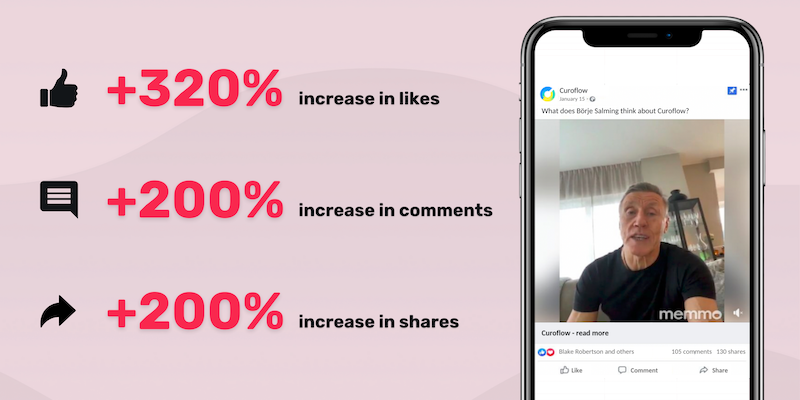 Having someone familiar and trustworthy to endorse your brand or product is a solution that, put simply, makes your life as a marketer easier. In fact, research suggests that who says it and how they say it often can be more important than what is actually being said, making the case for celebrity endorsements even more bulletproof.

It’s safe to say that Curoflow got bang for their buck.

See it for yourself

You are only 3 steps away from your own success story

(1) Find the right celebrity for your campaign on memmo.me with help from our dedicated experts

(3) Receive your customised video, ready to be used

If you would like to find out more about how your company could benefit from celebrity endorsements then get in touch and we'll help you pave your own success story.