After popping the big question to his fiancé, John Spence had another hurdle to jump over… asking Andrew Chennette to be his best man. John struggled to formulate a fun idea on how best to ask, until his fiancé spotted a memmo.me social media advert and realised what a good idea it would be.

“Andrew and I are both big sports guys and absolutely love the Bob Father,” John says, continuing that it ‘was meant to be’ and so booked the memmo ‘right there and then’.

“It was something different than what guys normally do, or things that I had seen in the past,” he says. John was ‘a little nervous, but more excited’ to show Andrew the memmo, but once it started playing ‘it was just really cool to watch his reaction’.

“He was almost in awe and didn’t believe the memmo was for him. He actually thought it was a commercial or something!” John exclaims.

Bob McKenzie, legendary broadcaster and hockey commentator, says: “It’s always fun to connect with hockey fans and it’s especially nice to be able to surprise someone, like this one for an invitation to be the best man at a friend’s wedding.” 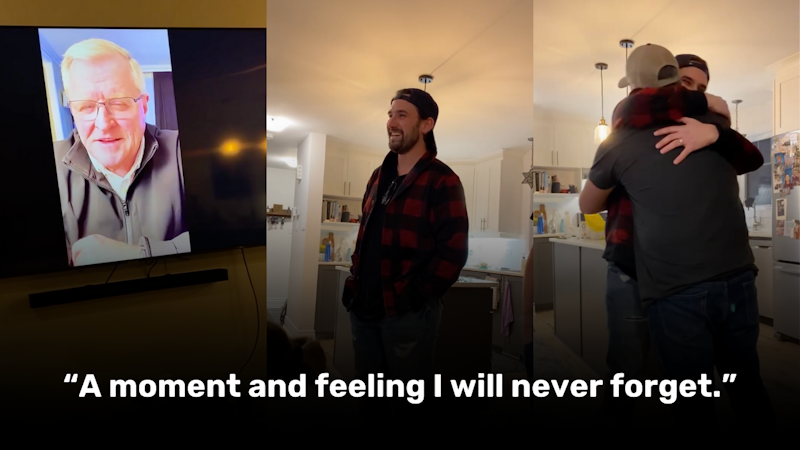 Andrew describes receiving a video message from Bob as feeling ‘incredible’. “It just showed how well my guy John knows me, I’ve done breaking news texts amongst NHL fantasy leagues just like Bob McKenzie would do on TSN growing up, and I still do today.”

“It was great to see Bob talking to you personally, calling us both by our nicknames, tricking me into an insider job because he was retiring and eventually asking me to be John’s best man,” he continues.

“A moment and feeling I will never forget.”

Tobias Bengtsdahl, Co-founder of memmo.me, says: “It’s always amazing hearing customer reviews, but it’s extra special for us in cases like this. Creating memories of a lifetime is at the heart of our brand.”

Looking back to the moment the memmo was shared, John says: “The response was everything I had thought it would be and more. I still have the memmo saved on a browser page on my phone, and I watch it from time to time because it was such a unique and awesome moment. It's something we'll be able to look back on forever.”